What will EMP do to the United States?

Look at the Venezuela crisis

April 1, 2019 .. Millions of Venezuelans were left without running water Monday amid a series of massive blackouts, forcing Venezuela’s to announce electricity rationing and school closures as the government struggles to cope with a deepening economic crisis. 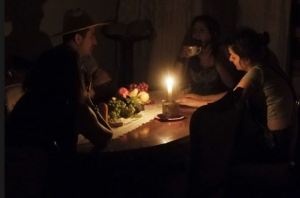 Maduro announced 30 days of power rationing on Sunday after his government said it was shortening the work day and keeping schools closed due to blackouts.

The measures are a stark admission by the government that there is not enough electricity to go around, and that the power crisis is here to stay.

Angry Venezuelans meanwhile took to the streets of Caracas to protest the power cuts and water shortages.

“We have small children, and we aren’t able to give them a drop of water to drink,” said Caracas resident Maria Rodriguez.

With no electricity, pumping stations can’t work, so water service is limited.

Is this possible?  Yes

May 17, 2019 … This is not science fiction,  it is available now.  For example, the US Air Force has deployed 20 missiles which can zap enemy electronics with powerful pulses rendering weapons virtually useless.

They can be launched into enemy airspace at low altitude and emit blasts of high-power microwave energy that immediately disable any devices targeted.
The Counter-Electronics High Power Microwave Advanced Missile Project (CHAMP) is the brainchild of Boeing’s Phantom Works lab.

They have not been operation until now and could be used to frazzle the military defenses of Iran and North Korea.

News of the state-of-the-art weapons – which are carried into battle by B-2 stealth bombers.

Mary Lou Robinson, the chief of the High Power Microwave Division of the Air Force Research Lab at Kirtland Air Force Base, told DailyMail.com the missiles are now operational.

They are equipped with an electromagnetic pulse cannon which causes voltage surges in electronic equipment and military vehicles.

However, the unique feature of the system is its ability to penetrate bunkers where facilities are hidden without harming anyone inside.

Venezuela is moving towards the dark ages.  Could it happen in the US?

An EMP (electromagnetic pulse) could happen to the United States and end life as we know it in approximate one-hundredth of a microsecond. While some may argue the likelihood of such an event, focus instead on the methods one might consider protecting your electronic equipment in a Faraday Cage.

An EMP is a pulse of considerable electromagnetic energy (with a wide range of frequencies and amplitudes.)  This energy pulse could result from a nuclear detonation at (high) altitude in the atmosphere. As the pulse travels away from the bursting point at the speed of light, the radiation can be ‘collected’ by metallic and other conductors at a distance.

The energy of the radiation would convert into strong electric currents and high voltages. With sufficient energy, particularly from the high-frequency components of the EMP, electrical and electronic equipment connected to (or associated with) the collector may suffer severe damage from a strong current and voltage surge.

The way that the electromagnetic energy damage electronic equipment is complex because much depends on the size and shape of the collector, its orientation concerning the source of the pulse, and the frequency spectrum of the pulse. As a general rule, the amount of energy collected increases with the dimensions of the conductor which serves as the collector (or antenna).

One thing we can do to protect electronic devices is to use a Faraday cage.

A Faraday cage is an enclosure formed by conductive material or by a mesh of such material. Such an enclosure blocks external electric fields by channeling electricity along and around, but not through, the mesh, providing a constant voltage on all sides of the enclosure. Since the difference in voltage is the measure of electrical potential, no current flows through space.

A Faraday cage operates because an external electrical field causes the electric charges within the cage’s conducting material to be distributed such that they cancel the field’s effect in the cage’s interior.

Faraday Cage is named after the scientist Michael Faraday, who invented them in 1836.

In our case, we will build an aircrete arc for our tiny house, wrap all insides on the arc with conductive metal screening material such as Expanded Metal to achieve the Faraday effect.

You might be wondering about the limitation of the hole size in the screen material as it relates to its effectiveness at stopping an EMP. A rule of thumb is that the hole diameter must be less than 1/2 the wavelength of the radiation frequency to adequately attenuate (sufficient dB) so as not to damage the electronics inside the Faraday cage.

The EMP radiation frequencies are very high frequencies that are of concern up into the microwave region for electronic device damage. If one uses the frequency of a microwave oven (2.4 GHz) for example, the wavelength is just under 5 inches. Half of that wavelength is 2.5 inches. The holes in typical screening material should be less than that to reduce the effect of those frequencies).

It appears that ordinary Expanded Metal would be better the Chicken Wire better protection, while solid metal is obviously the best.

This entry was posted on March 15, 2019 by Kayak Rentals & Sustainable Living.